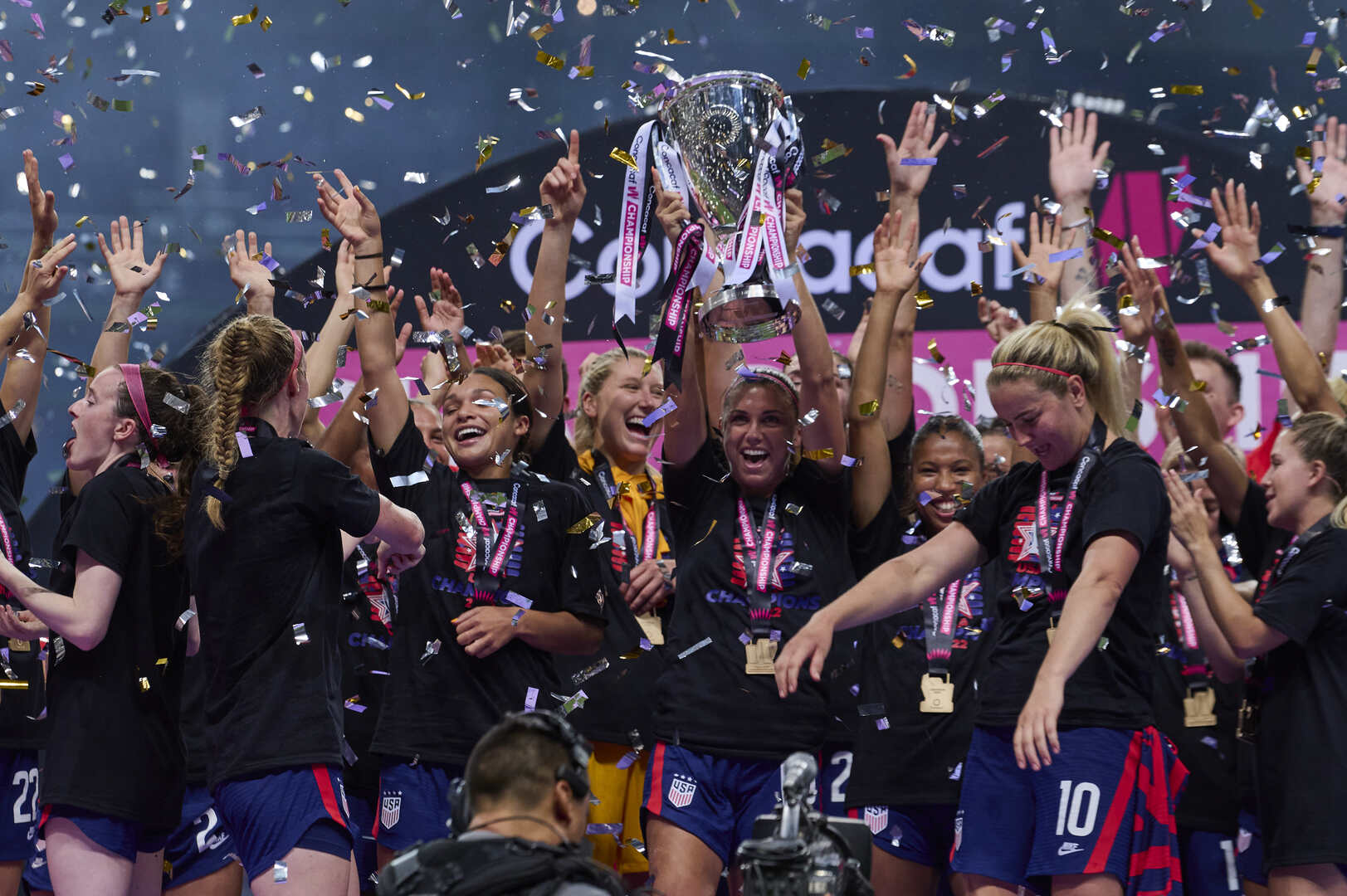 United States is crowned for the 9th time after defeating Canada on July 18th, 2022 at Estadio BBVA.

MONTERREY, Mexico – The Final of the 2022 Concacaf W Championship in Monterrey took place on Monday night where the Estadio BBVA saw the United States down Canada 1-0 to become CWC champions.

With the victory, the U.S. have qualified for both the 2024 Paris Olympics and the 2024 W Gold Cup. Runners-up Canada will take on Third-Place finishers Jamaica in the Olympic play-in series next year.

Emotions didn’t wait to show up in Monday’s Final. In the 1’, Mallory Pugh of the U.S. had the first chance of the night when she tried to shoot from the right side of the area, but the ball hit the outside of the net.

Canada had early chances as well, including in the 7’ when Nichelle Prince from open play got close, but U.S. GK Alyssa Naeher was ready to act.

In the 14’, U.S. game-changer Lindsey Horan had a look when Canada couldn’t clear the area, with Horan trying a scissor-kick shot that ended up sailing wide.

The chances kept coming and in the last minute of the first half, Sophia Smith of the U.S. looked set to score, but once again Sheridan held the ball with her legs after a mad scramble in the area.

The U.S. wanted to keep the momentum they created at the end of the first half and they pushed hard in the second stanza, as they closed in on Sheridan’s goal, but the Canadian GK held firm.

The winning score would come when the referee called a penalty for the U.S. in the 75’ after Allysa Chapman committed a foul in the area on Rose Lavelle. Alex Morgan was the one who took the spot kick and scored the first and only goal of the night for her 12th CWC career goal.

The nerves were palpable up until the last seconds of the match. In second half stoppage time, Canada’s Julia Grosso had the last chance of the night for her team when she shot the ball from outside the area, but Naeher took control, ending the final match of the 2022 CWC. 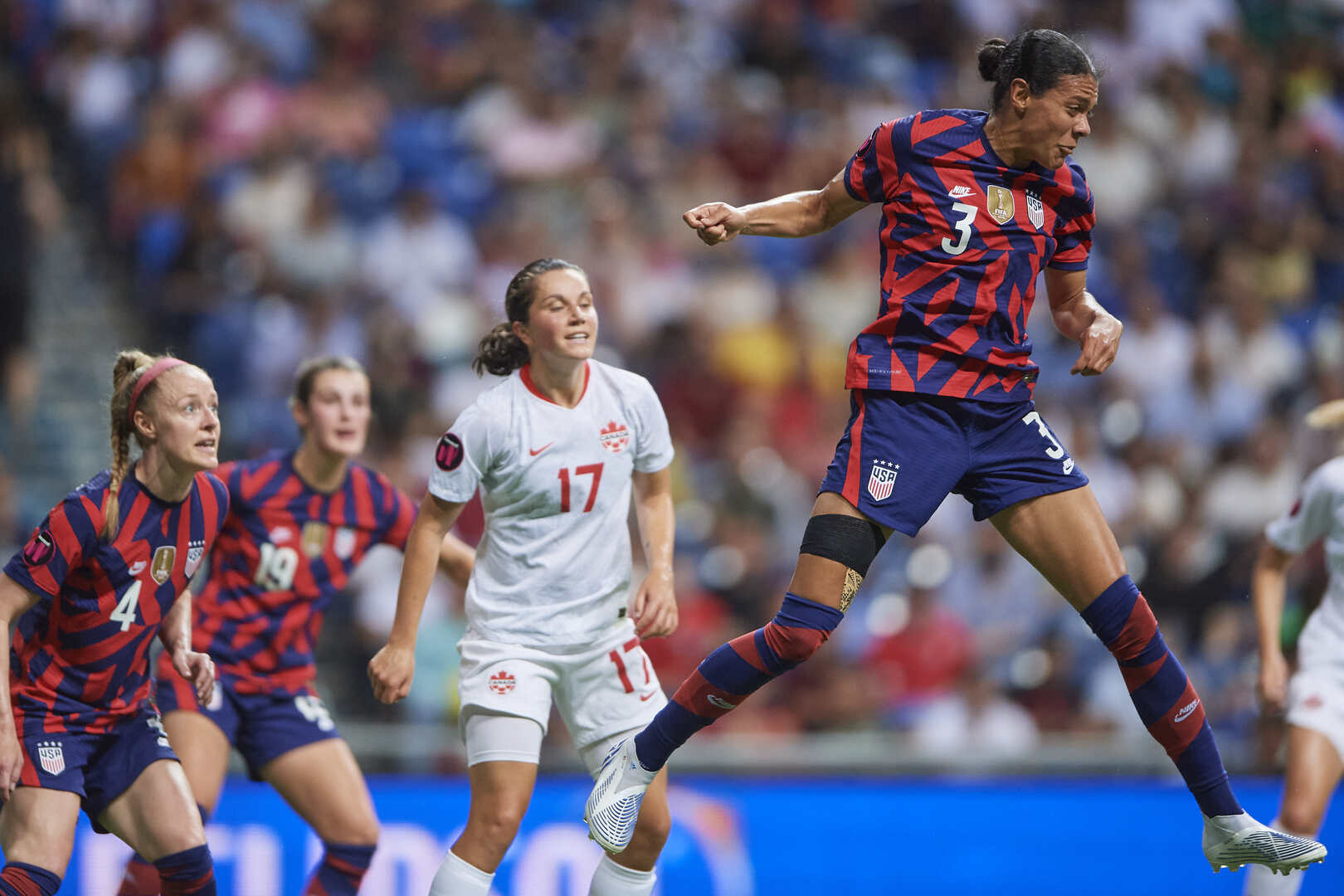 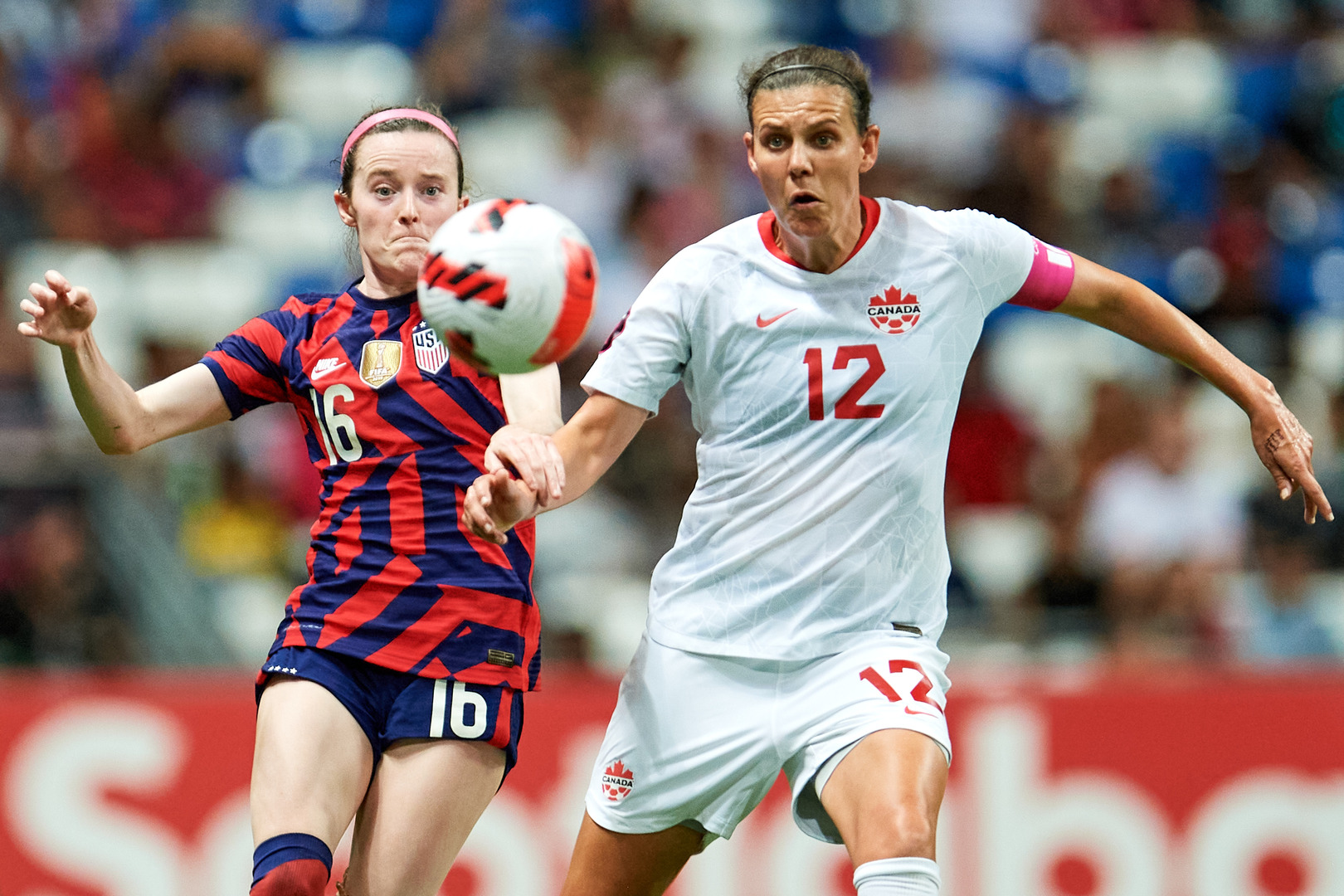 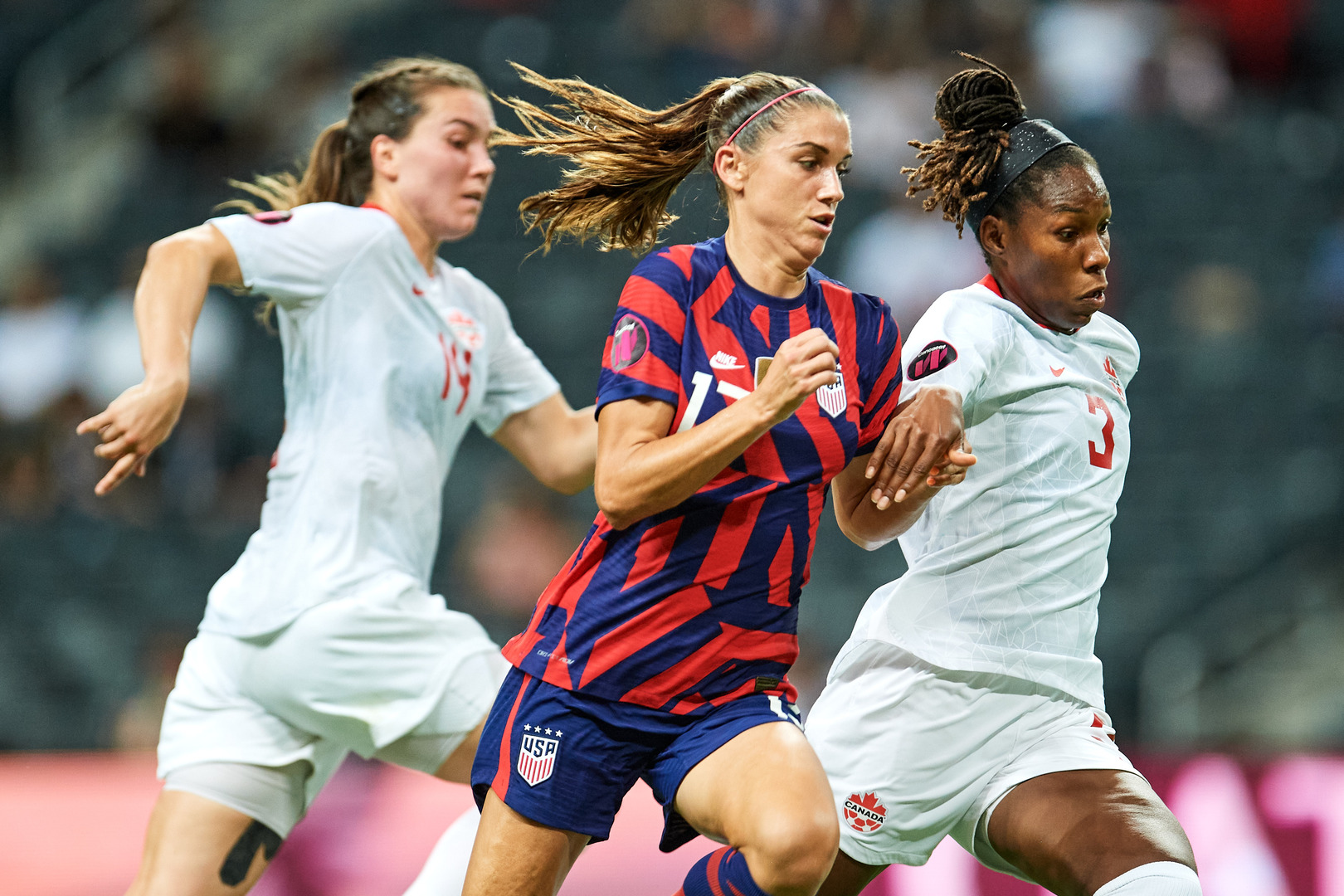 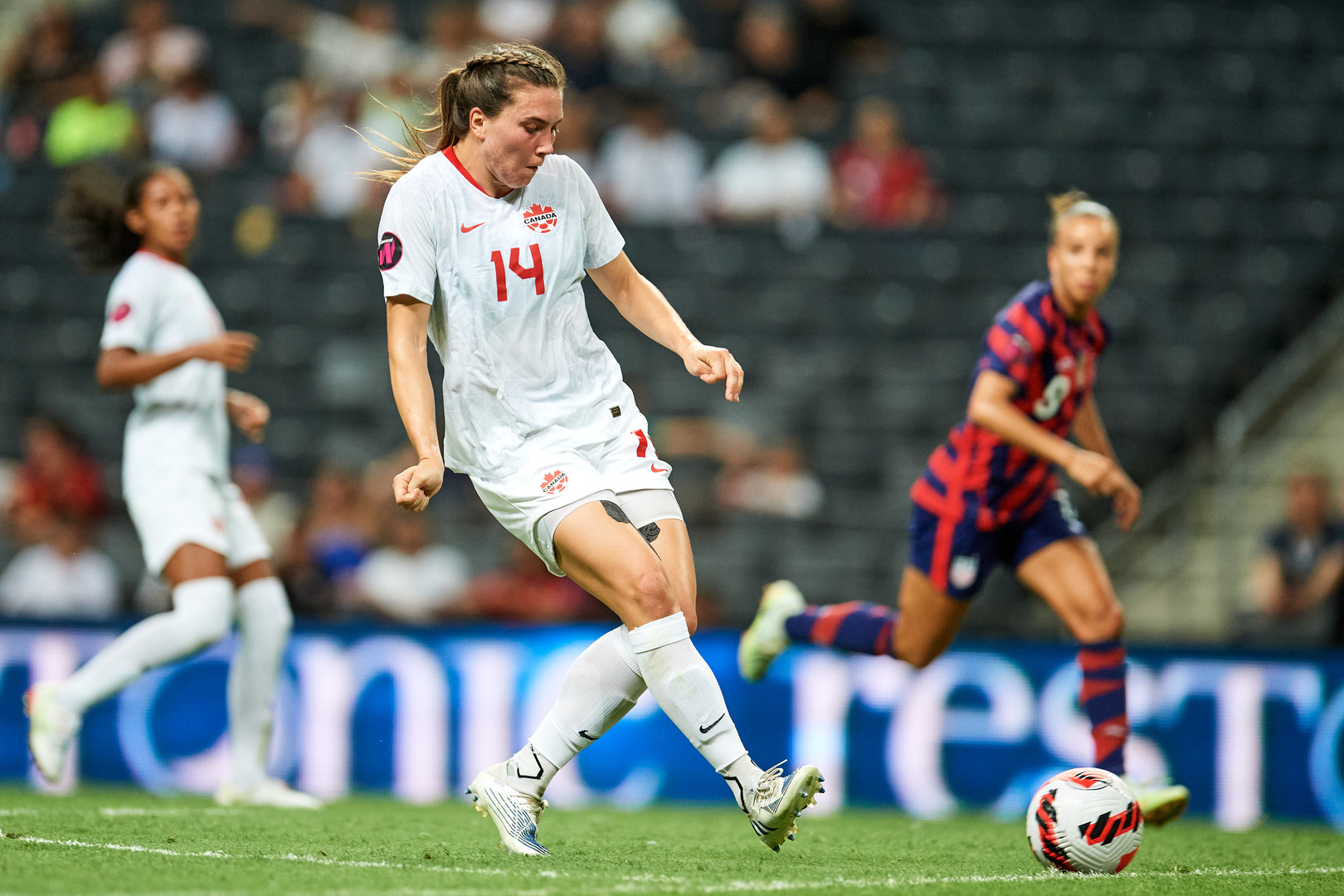 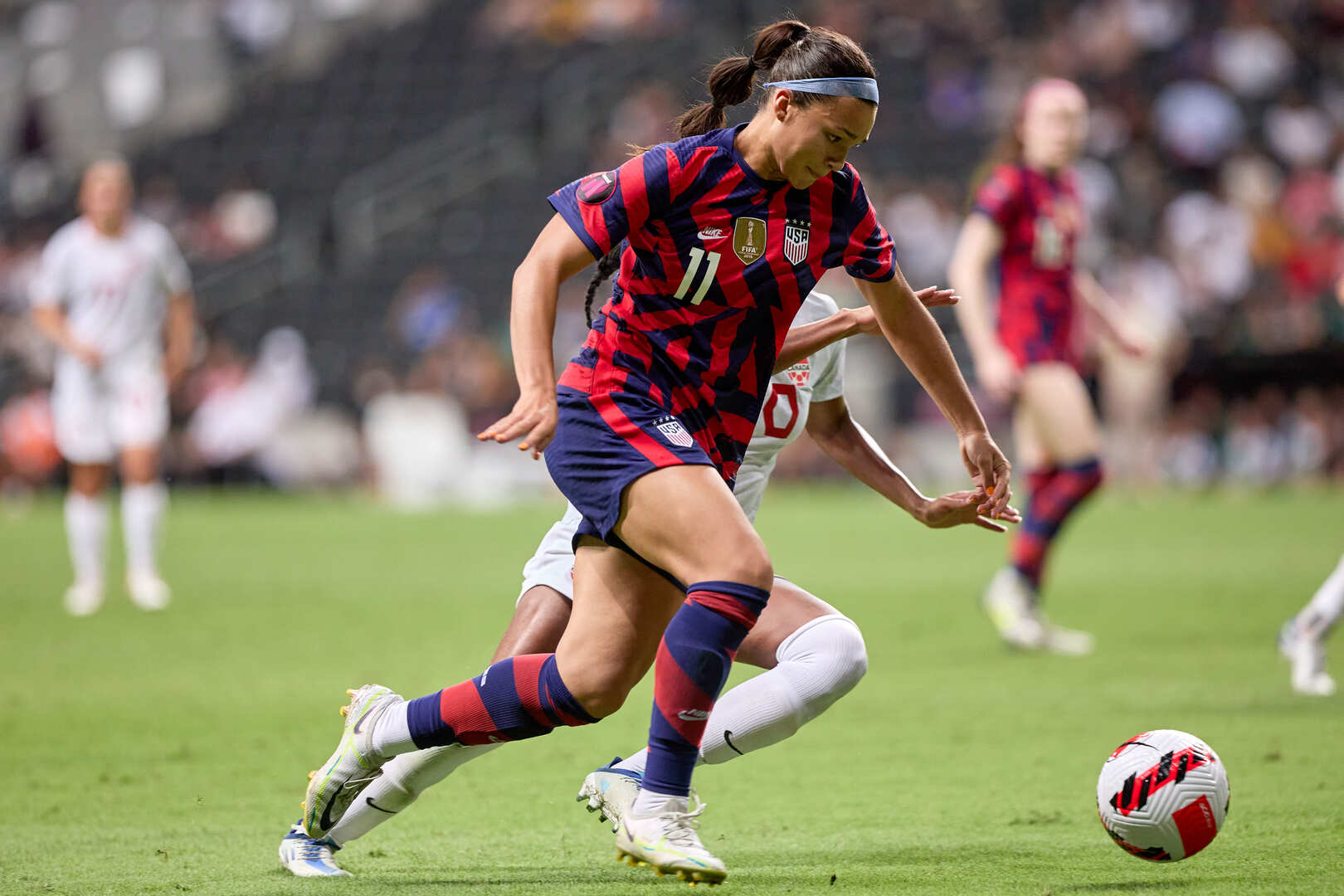 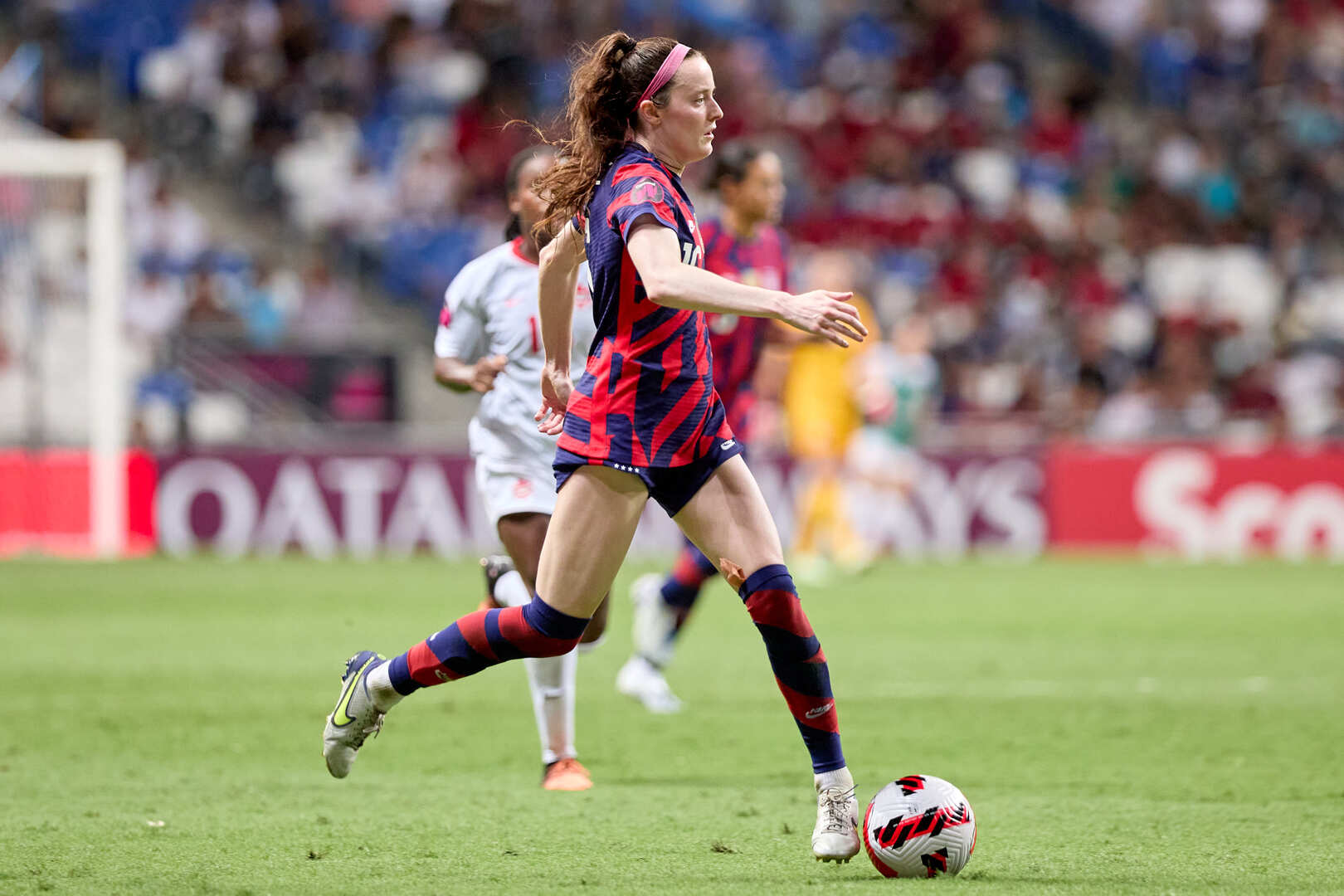 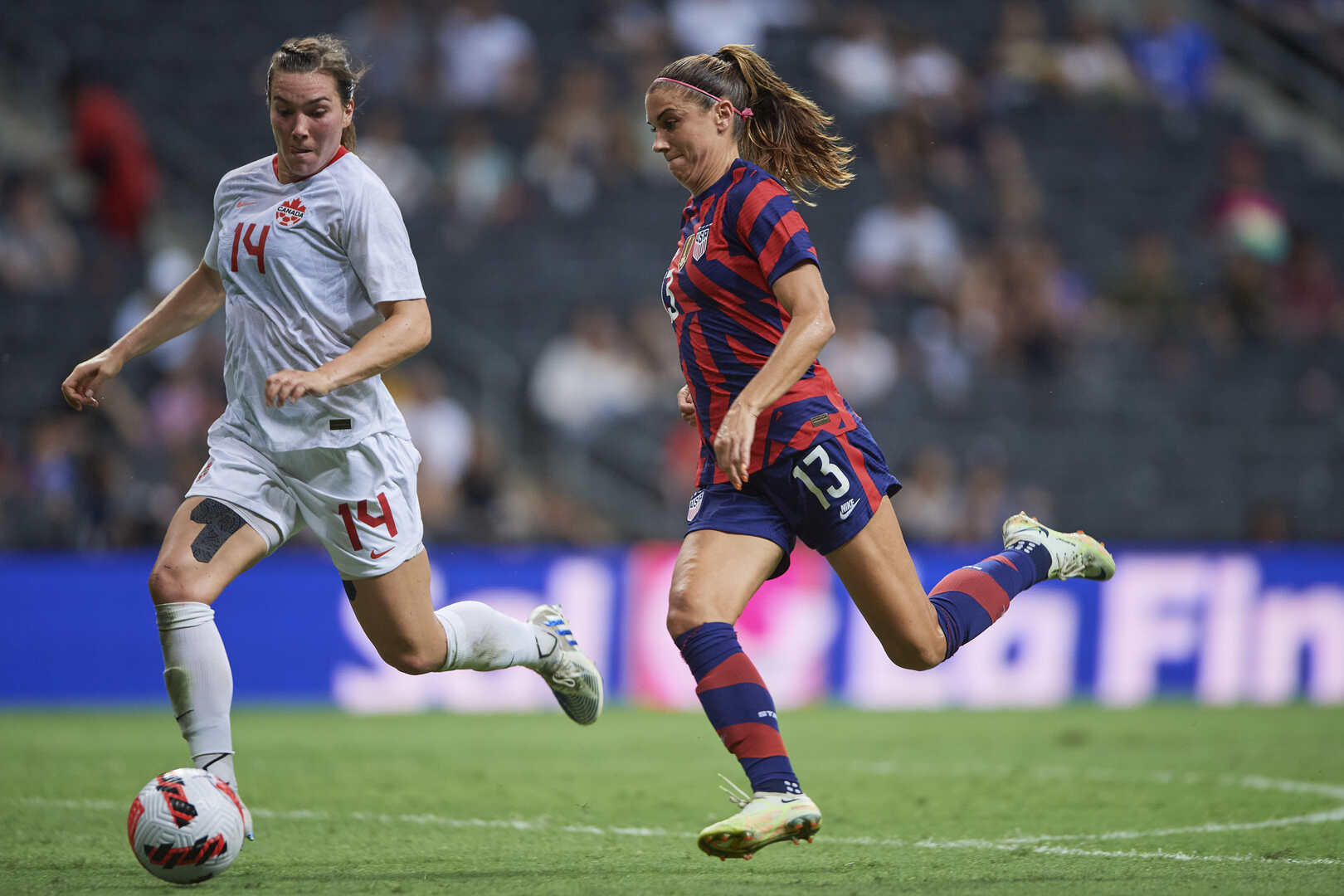 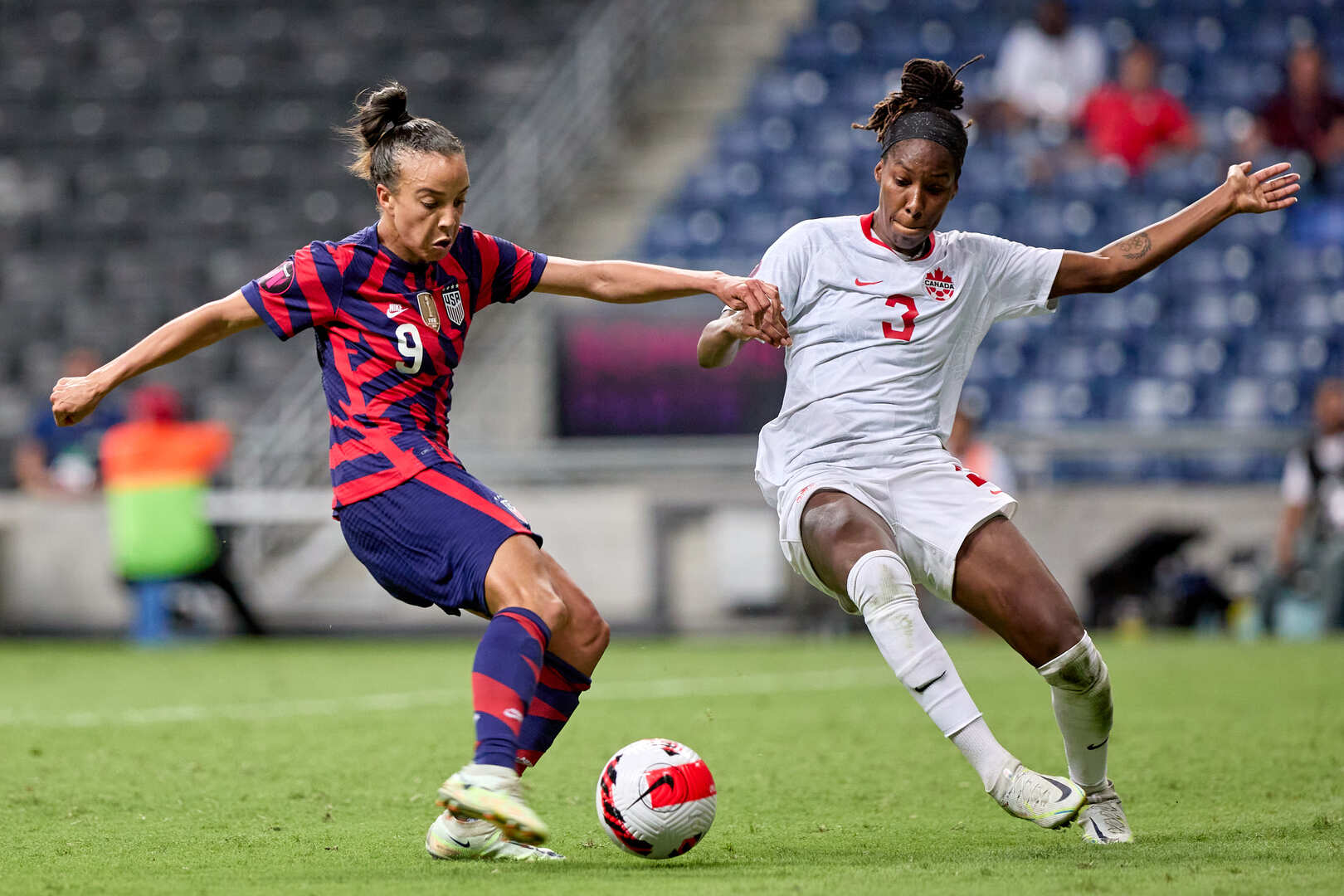