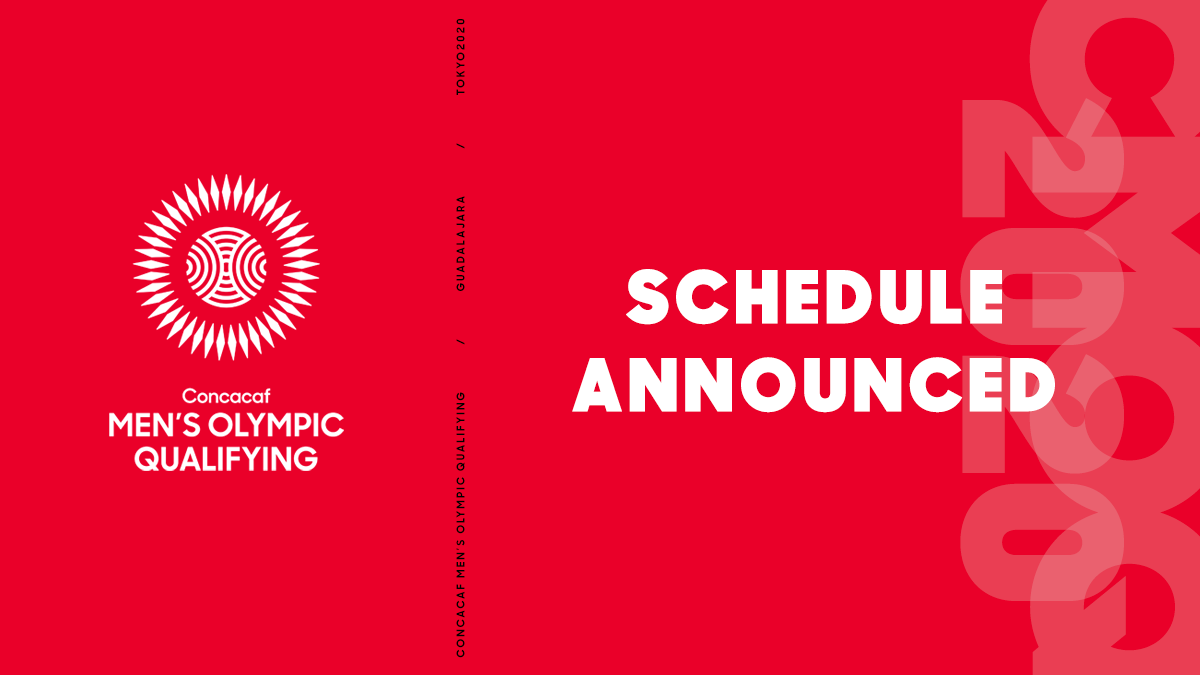 Miami, FL (Friday, February 5, 2021) – Concacaf has announced the schedule for the 2020 Concacaf Men's Olympic Qualifying. The 15th edition of this competition will take place in Guadalajara, Mexico, from March 18 to 30, 2021.

Two host venues will be used for the competition, the Jalisco and Akron Stadiums.

The Concacaf Men’s Olympic Qualifiers were initially scheduled for March 2020, but due to the pandemic and the postponement of the Tokyo Summer Olympic Games, they were rescheduled for 2021.

Concacaf has worked along with FIFA, the FMF and local stakeholders on the health protocols that will be implemented to ensure it takes place in a safe environment for all participants.

Group Stage play will take place at both Jalisco and Akron Stadiums, between March 18-25. After round-robin play, the first and second place finishers in each group will advance to the semifinals.

Both semifinal matches will be played on March 28, at the Jalisco Stadium. The semifinal winners will qualify for the final of this competition, and each earn a spot to represent their country at the Men’s Olympic Football Tournament at the Tokyo Summer Games. The competition's final is scheduled for Tuesday, March 30 at the Akron Stadium.

In January 2020, the eight participating teams were drawn into two groups of four as follows:

The 2020 Concacaf Men's Olympic Qualifying will be played as follows (listed in EDT/local time):

All matches will be widely available for fans across the region to follow and enjoy live through the Confederation’s TV partner networks, including Fox Sports (USA), TUDN (Mexico and USA), One Soccer (Canada), Flow Sports (Caribbean), Teletica and Repretel (Costa Rica), TCS (El Salvador), Televicentro (Honduras) and other local partners.