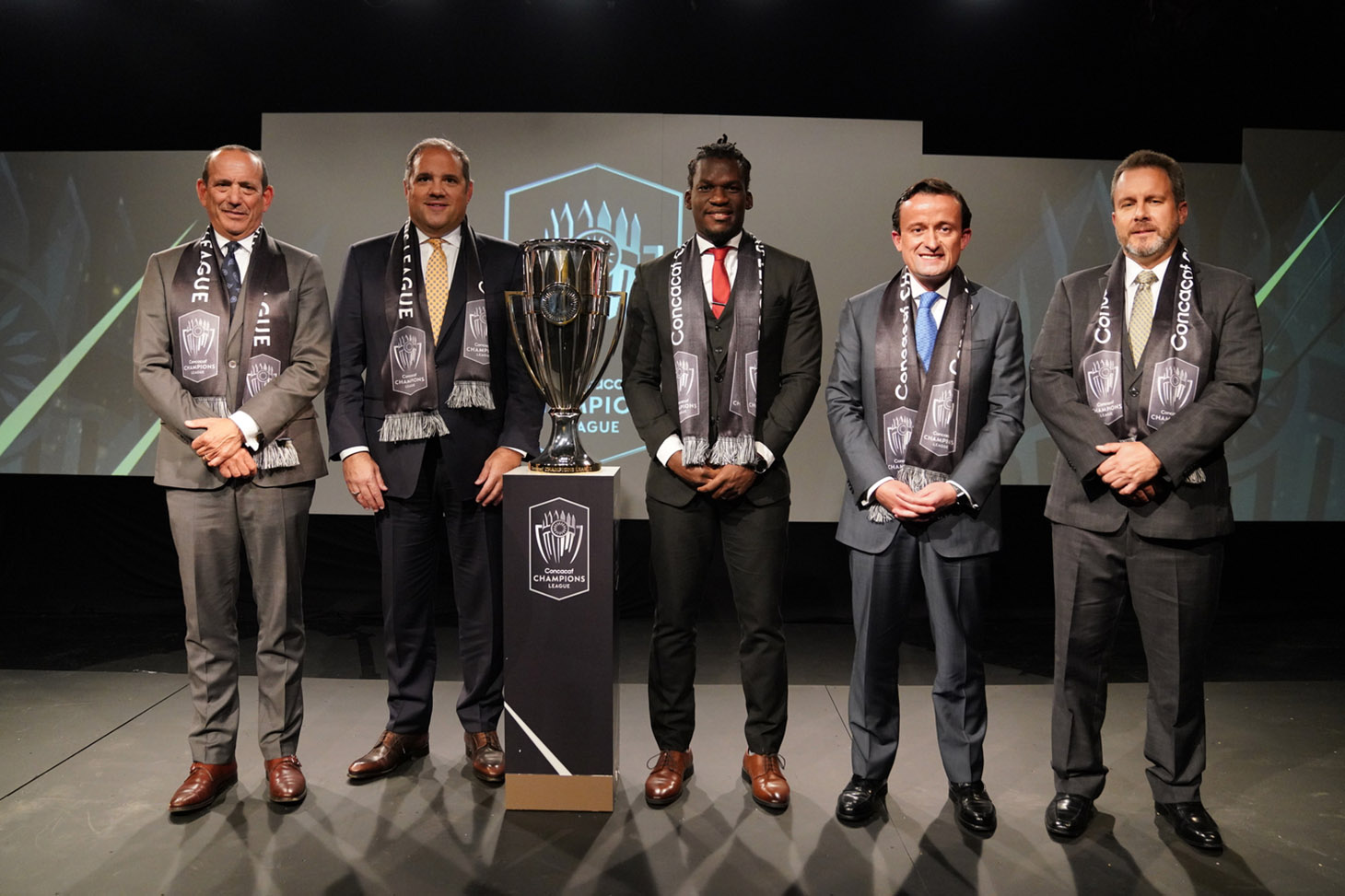 Miami, FL (Tuesday, September 21, 2021) – Concacaf has announced a new structure for its men’s club competitions ecosystem that will include an expanded Concacaf Champions League and individual regional cup competitions in North America, Central America and the Caribbean.

“This is a hugely significant development for Concacaf and for leagues and clubs in our region. The Concacaf Champions League has consistently grown in recent years and this new format will provide a major boost to the competition. Working collaboratively with our stakeholders we have been able to create a new calendar which grows and enhances our Champions League and fully incorporates regional cup competitions," said Concacaf President and FIFA Vicepresident Victor Montagliani.

“This will elevate clubs and leagues from Concacaf and provide even more compelling regional rivalries. It will also provide more international relevance to our club competitions, and a very competitive pathway as clubs strive to qualify for the FIFA Club World Cup and succeed on the global stage," added Montagliani.

This exciting announcement follows Concacaf’s confirmation earlier this year that it’s Champions League would expand. After further conversations with its Member Associations, Leagues and other stakeholders, Concacaf has enhanced the format by introducing regional cups and an additional knockout round. This new format of regional cups will allow for the three regions to crown their own champion, prior to the Concacaf Champions League which will see clubs compete to win the Confederation’s club title and qualify to the FIFA Club World Cup.

The new Concacaf Champions League will continue to be played in a direct elimination knockout stage format and will be composed of five rounds (round one, round of 16, quarterfinals, semifinals and final). The first four stages will include home and away play, while the Final, where Concacaf’s Champion will be crowned, will be played as a single leg match on a weekend date.

Of the 27 clubs that will participate, 22 will begin play in Round One and 5 will receive a bye to the Round of 16.

The qualification process for the clubs will be divided per region as follows:

North America
Canadian, Mexican and USA clubs will qualify for the Concacaf Champions League via their domestic leagues and Member Association Cups (US Open Cup and Canadian Championship).

Additionally, Liga MX and MLS clubs will also qualify via an expanded Leagues Cup, which will in 2023 become part of Concacaf’s new club ecosystem and will incorporate all clubs from both leagues.

In total, 18 North American clubs will participate in the Concacaf Champions League. They will be determined as follows:

*A detailed qualification criteria will be communicated in due course.

The 20 clubs that will participate in the Central American Cup will be determined via domestic league play and a new UNCAF Cup.

More details on the new Central American Cup and UNCAF Cup will be communicated by in due course.

The 10 clubs that will participate in the Caribbean cup will be determined via domestic league play for the professional Caribbean Leagues and the new CFU Cup.

More details on the new Caribbean Cup will be communicated by in due course.

The single leg Final of the 2021 Scotiabank Concacaf Champions League (SCCL) between CF Monterrey and Club America is scheduled to be played at BBVA Stadium. The winner will replace Tigres UANL (MEX) as the Confederation’s champion and will represent Concacaf at the 2021 FIFA Club World Cup, to be played later this year.

Tigres UANL (Mexico) is the current Concacaf Champions League title holder having won the 2020 edition after narrowly defeating Los Angeles FC (USA) 2-1 in a compelling final played in Orlando, Florida. The Mexican club represented the region at the 2020 FIFA Club World Cup in Doha, Qatar and made history by becoming the Concacaf region’s first club to reach the tournament’s final.