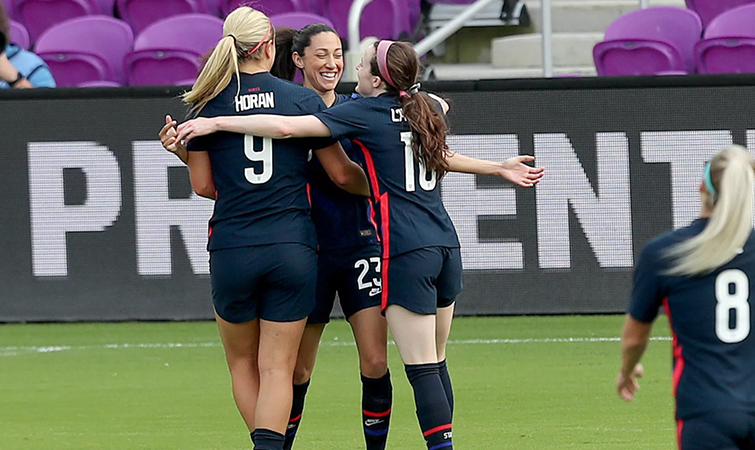 MIAMI, Florida – The United States are champions of the 2021 SheBelieves Cup thanks to a perfect 3W-0D-0L record, capped by a 6-0 victory against Argentina in their tournament finale on Wednesday night at Exploria Stadium in Orland, Florida.

For the U.S., it is their fourth SheBelieves Cup title and their third crown in the last four years.

Brazil finished in second place with a 2W-0D-1L record, followed by Canada in third place at 1W-0D-2L and Argentina in fourth with a 0W-0D-3L record.

The U.S. opened the tournament with a hard-fought 1-0 victory against Concacaf rivals Canada in which Rose Lavell tallied the winning goal.

The reigning FIFA Women’s World Cup champions then followed that up with a 2-0 triumph against Brazil, courtesy of scores from Christen Press and Megan Rapinoe.

Rapinoe then bagged a brace in the victory over Argentina and was joined on the scoresheet by Press, Carli Lloyd, Kristie Mewis and Alex Morgan.

Rapinoe finished the tournament as the top scorer with three goals, while Lavelle took home honors as the Best Player.