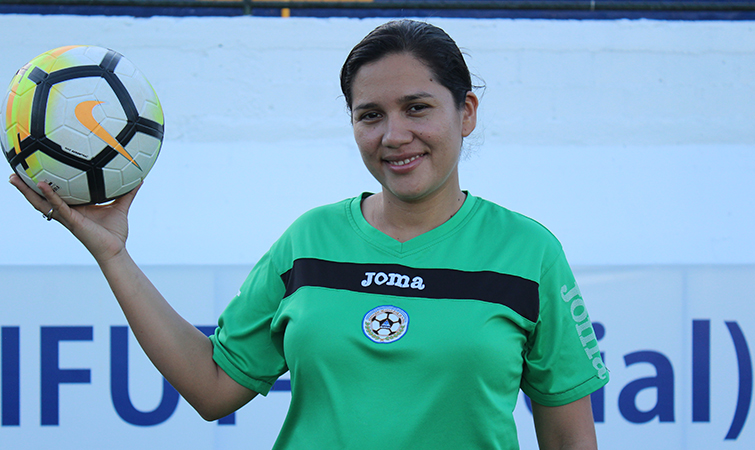 MANAGUA, Nicaragua.- Nicaragua will play for the first time in the final phase of a Concacaf Under 17 Championship at the National Stadium of Managua from April 19 to 29. In the U17 Championship of 2018, Nicaragua will join the Group with Mexico, Puerto Rico and Haiti. Before that, Nicaragua tried to classify the event five times without being able to achieve it. Now that it will host the championship that will classify three countries to the FIFA World Cup in Uruguay 2018, coach Vanessa Fernández Ortiz believes that it is time for women's football in her country to make the leap to international competition.

“We are in an important phase of preparation thinking of some blank games in Costa Rica to define the group of twenty players who will make up the National Team," Fernandez Ortiz told Concacaf.com.

The former goalkeeper of the Nicaraguan national team who was unable to play the CONCACAF Women's Pre-World Championship in Puebla in 2008 due to an ankle injury that permanently removed her from the pitch said that her team has some experienced players for the event.

"I think that women's soccer in Nicaragua is growing, we already have players like Natalie Orellana, Yorcelly Homphries and Edy Pérez who have experiences in qualifying, I think this tournament will help our soccer development," said Fernandez.

Nicaragua will begin the bid to reach the World Cup in Uruguay by facing Mexico on Thursday, April 19, then against Haiti (21) and will close the group stage on the 23rd against Puerto Rico.