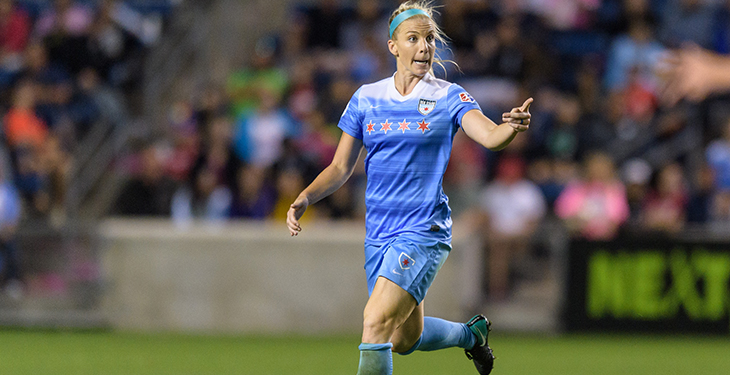 Julie Ertz has been voted the 2017 U.S. Soccer Female Player of the Year, it was announced Wednesday.

CHICAGO.-  Julie Ertz has been voted the 2017 U.S. Soccer Female Player of the Year, it was announced Wednesday.

While known more for her play as a center back during the majority of her career, Ertz settled in nicely to the role of defensive midfielder in 2017, scoring four goals and registering three assists in 23 games for the Chicago Red Stars during the National Women’s Soccer League season. The 25-year-old appeared in 12 games for the United States (6 goals, 0 assists).

"I want to give a big thanks to everyone who voted," said Ertz, who finished ahead of runner-up Megan Rapinoe. "This was a really unique year for me with a lot of different challenges, but it means so much to have the support of my husband, my family, my coaches and my teammates.”