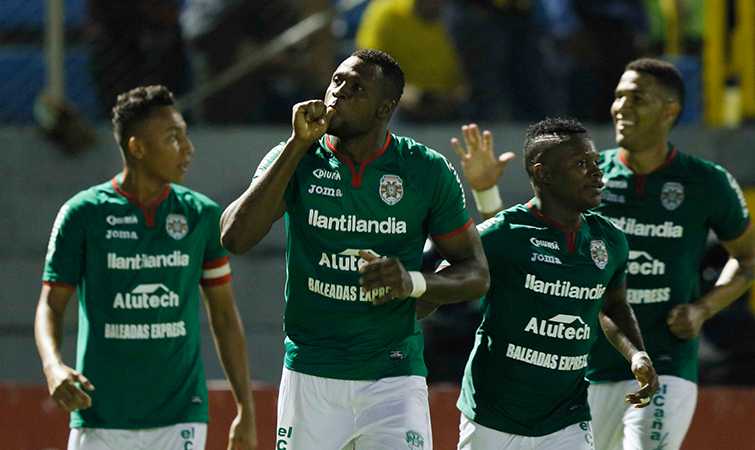 CONCACAF.com takes a look at the best performances and most interesting stories in CONCACAF Weekend's Best.

There was no shortage of drama over the weekend in the Barbados Football Association Premier League, as a 90th minute strike from Dario Harewood earned Paradise a comeback 2-1 win over Crane and Equipment Ellerton. Barbados Defence Force Sports Programme and Brittons Hill United were also winners.

Two of the top teams in the Turks and Caicos Islands Provo Premier League met on Saturday with league leaders SWA Sharks (3W-1D-1L, 10 points) earning a 0-0 draw away to Academy Jaguars (2-2-0, 8), who remain in third-place, one point behind Cheshire Hall.

A 3-0 victory against Sporting San Miguelito on the final day of the 2018 Clausura regular season helped earn Tauro (7W-7D-4L, 28 points) a trip to the Panamanian playoffs. The 2018 Scotiabank CONCACAF Champions League quarterfinalists needed to win and hope for a Chorrillo win at Alianza, and that's what happened as Alianza (7-6-5, 27) dropped to fifth and out of the playoffs with a 1-0 defeat.

A 1-1 draw versus Police United in their semifinal second leg was enough to send Belmopan Bandits to the 2017/18 Belize Premier League Final where they will meet Belize Defence Force. A 2-2 draw in the semifinal first leg meant Bandits advanced with the away goal tiebreaker, while Belize Defence Frce overcame a tough Verdes side 3-2 on aggregate in the other semifinal.

Herediano (2W-0D-0L, 6 pts) beat Saprissa 1-0 on Saturday to remain in first place in Costa Rica's Quadrangular. Jose Alfredo Sanchez scored the only goal in the 77'. Meanwhile, Santos de Guapiles (1-0-1) downed Alajuelense 1-0 thanks to an Alexis Gamboa goal in the 90+2'. With the victory, the 2018 Scotiabank CONCACAF League runner-up is in second place with 3 points. Alajuelense (0-1-0) and Saprissa (0-1-0) each have one point.

Colombian Yustin Arboleda scored in the 50' to give Marathon a 1-0 triumph over Real Espana in the first leg of the Honduran semifinals. In the other series, Olimpia and Motagua played to a 0-0 draw on Sunday. The second leg matches will be played next weekend.