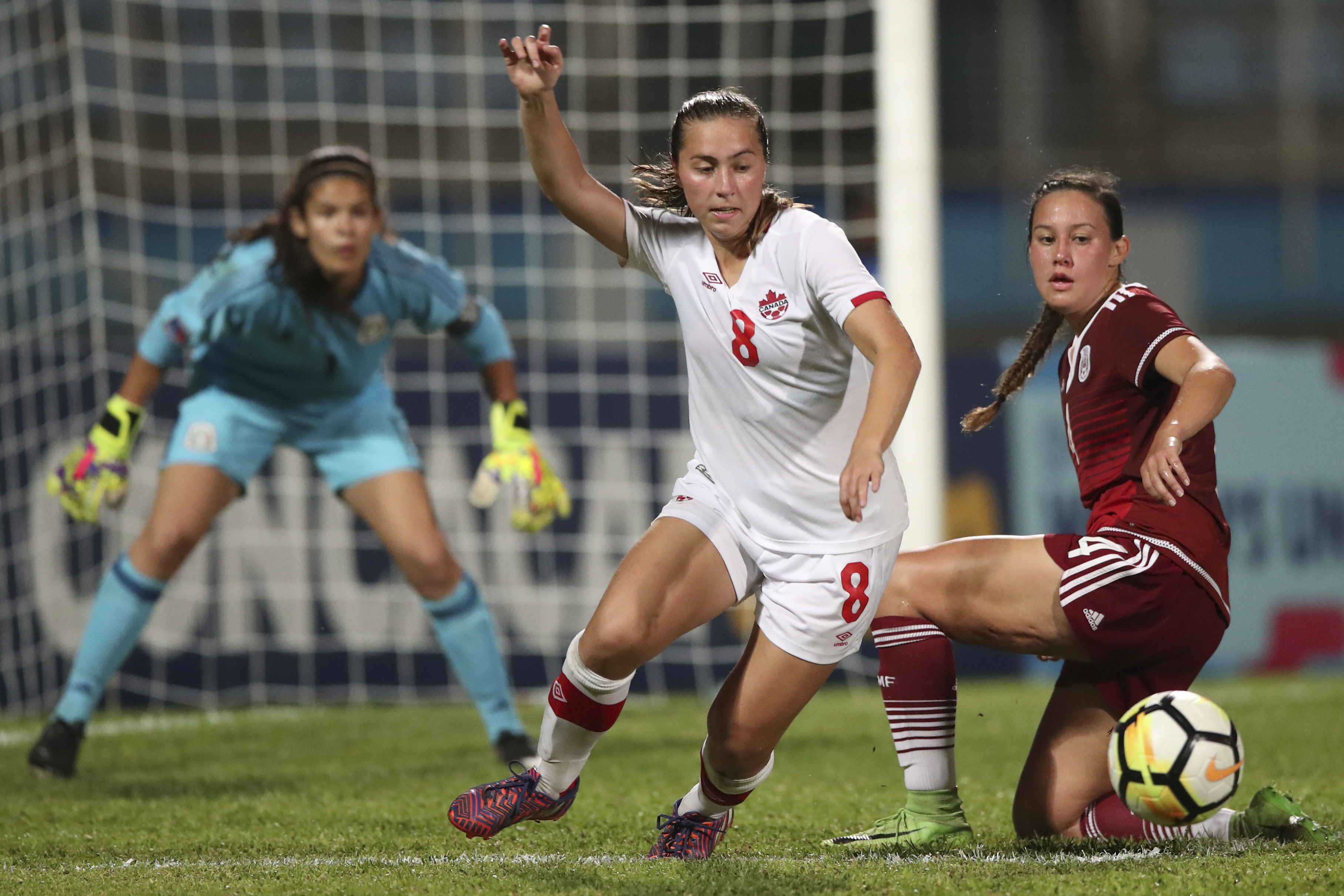 The semifinal round of the 2018 CU20W was not for the faint of heart. First up was a battle between the United States and Haiti and the two teams came out firing in the first 45 minutes, but U.S. GK Amanda McGlynn and Haiti GK Kerly Theus had brought their A-games and made the saves to keep it scoreless.

Finally, the U.S. would break the deadlock in the 75’ when Jaelin Howell pounced on a loose ball deep in the Haiti half and fired toward goal. The initial attempt was blocked by Theus, but Howell calmly stroked in the rebound for a 1-0 U.S. lead.

It looked like the U.S. would see things out, but Haiti FW Nerilia Modnesir had other ideas and scored the dramatic equalizer 1-1 in the 90+2’ when she used her knee to pop a shot over the head of McGlynn and into goal.

Mondesir’s late goal forced the two sides into a penalty shootout and McGlynn would come up big by making two saves to help secure the U.S. a 3-0 victory to earn a place in the 2018 FIFA Under-20 Women’s World Cup and the 2018 CU20W Final.

In the nightcap, it was Canada taking on Mexico and El Tricolor would grab a 1-0 lead in the 34’ with a well-struck free kick from Jimena Lopez that curled into net.

As things drifted into the second half, Canada increased the pressure on the Mexican defense and it bore fruit in the 80’ when Mexico were unable to clear their lines and Gabby Carle stabbed home a shot to make it 1-1.

Like in the first match, a 1-1 final scoreline would yield a penalty shootout and Canada put themselves in a good position leading 3-2 through three attempts each.
But it was at that moment that Mexico GK Emily Alvarado would ride to the rescue, saving the final two Canada penalty kicks, while Mexico converted theirs, to earn a 4-3 shootout win along with a place in the 2018 FIFA Under-20 Women’s World Cup and the 2018 CU20W Final.